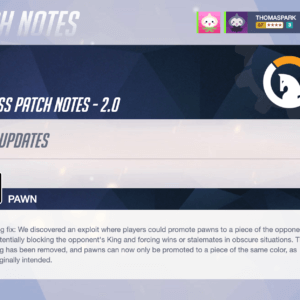 Chess is a continuously evolving game. Technically. There have been many rule changes, but each one has taken centuries to be introduced and widely adopted.

That might all change though with the latest work from AlphaZero, where the self-learning engine was used to evaluate 9 proposed variants of chess. These variants range from reverting the castling rule, to buffing pawns to move 2 square anywhere on the board (called torpedo), to allowing self-capture, all trying to enable more dynamic and creative gameplay.

Coupled with this, the chess and gaming worlds have collided. Led by collaborations like chess grandmaster Hikaru Nakamura mentoring Overwatch grandmaster xQc (or vice versa), this has created an online chess boom, especially among younger generations.

Given these developments, it’s hard not to see chess through the lens of modern video games on multiple levels. Could microtransactions be right around the corner?

Probably not, but I wanted to show what the history of chess rules looks like presented as patch notes from Blizzard. Check it out:

The notes are best read bottom to top. Version numbers roughly correspond with the century in which each change was introduced. Credit to ToastyKen who first shared the patch notes on Reddit and gave me permission to style them up — PTR is in the works… Chess piece icons provided by Vecteezy. 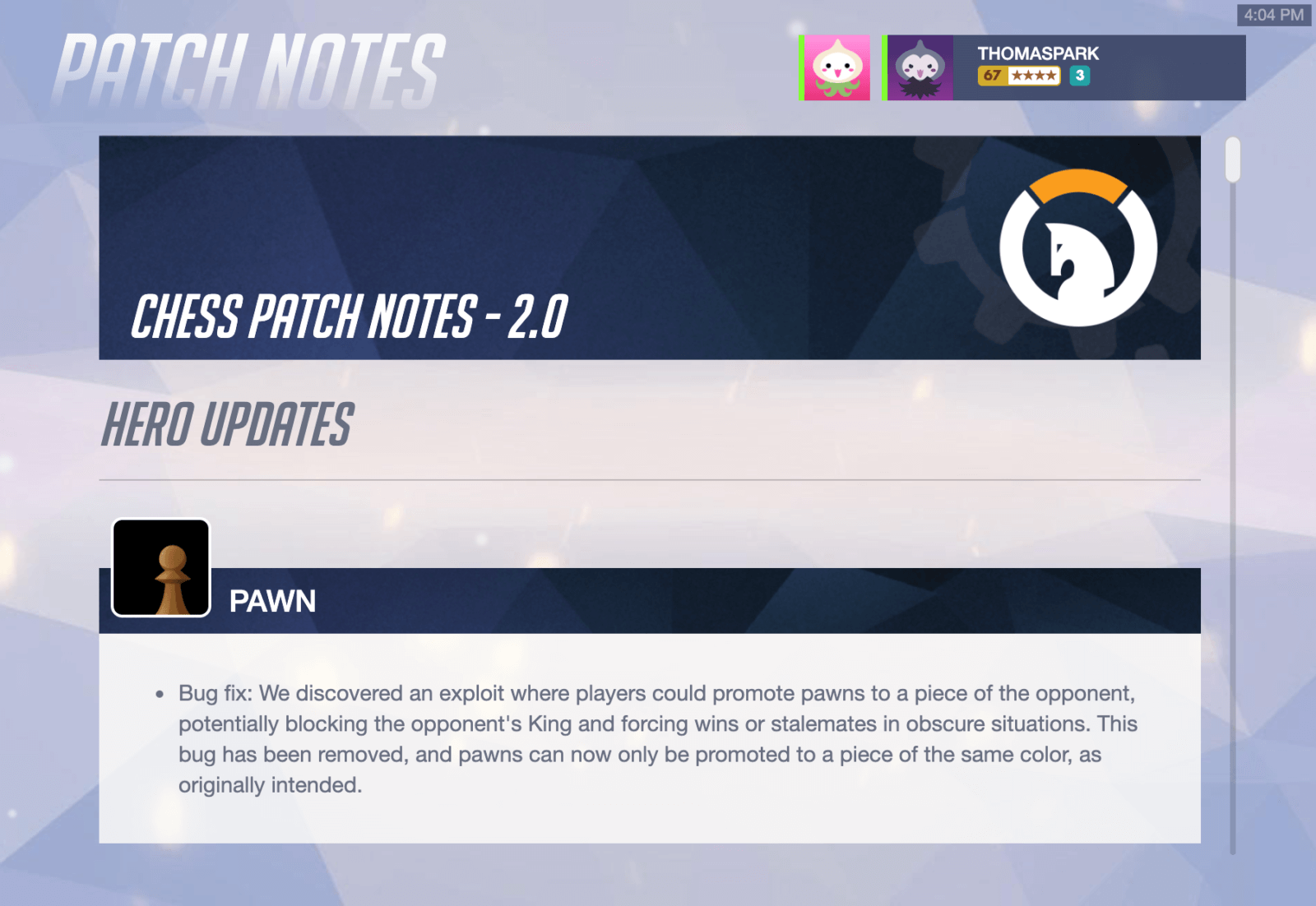