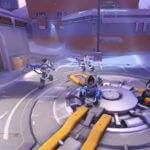 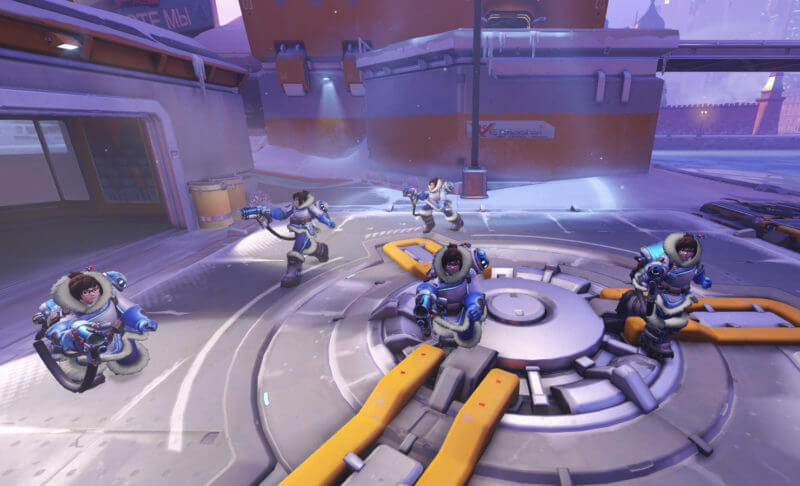 Welcome to another installment of the collective nouns survey. This time we focus on Overwatch, following surveys for Team Fortress 2 and Starcraft.

In Overwatch, there are 27 playable heroes so far, each with unique personalities and complementary abilities. When talking about a six-stack of McCrees or Meis (which isn’t seen outside of arcade mode anymore), it’s adequate but boring to refer to them as a “group” or “bunch”.

Better to invent language like the terms of venery used for animals. You’ve got familiar terms like a pride of lions and a swarm of bees. And even more evocative ones likes a murder of crows, a parliament of owls, a prickle of porcupines, and a flamboyance of flamingos.

To choose the terms that best evoke each hero, I polled the Overwatch community. I presented four randomized choices and the option to write in your own. A final question asked respondents to give their main hero. Check out the survey and the solicitation on r/Overwatch.

The survey received 1,745 responses. I was surprised to find that many respondents placed little importance on alliteration. As far as the write-ins, some were so good that I kicked myself for not thinking of them. The best of these were given honorable mentions.

Here are the results. The full tally is given below.

I re-ran the survey for all heroes introduced since this post, including Ashe, Baptiste, Echo, Sigma, and Wrecking Ball, since there are no more heroes until Overwatch 2’s release. Those have been added to the results.


An Assembly of Anas
An Ambush of Ashes
A Band of Baptistes
A Battalion of Bastions
A Brigade of Brigittes
A Division of D.Vas
A Drove of Doomfists
An Array of Echoes
A Gaggle of Genjis
A Horde of Hanzos
A Bombardment of Junkrats


A Squad of Soldier: 76s
A Syndicate of Sombras
A Spectrum of Symmetras
A Troupe of Torbjörns
A Trail of Tracers
A Web of Widowmakers
A Troop of Winstons
A Rumble of Wrecking Balls
A Zeal of Zaryas
A Harmony of Zenyattas

An Assembly of Anas

Ana Mains Call Themselves: Tie between Assembly and Army, which shows how close this one was.

Honorable Mention: Annoyance, both in that Ana can annoy you with anti-heal and sleep, and that she seems perpetually disappointed in you.

An Ambush of Ashes

Ashe Mains Call Themselves: Tie between Ambush and Anger.

Honorable Mention: Atonement, suggesting Ashe has turned the page on her criminal life.

Honorable Mention: Bunch, not as evocative as some of the other terms but rolls off the tongue.

A Battalion of Bastions

Honorable Mention: Bunch, which fits the subtlety and grace of Bastion.

Honorable Mention: Dervish, nothing better to call six D.Va mechs boosting around you than a whirling dervish.

Doomfist Mains Call Themselves: Flurry, they might have to fight Mei mains for it though.

Honorable Mention: Defenestration, because you have to use that word whenever possible.

An Array of Echoes

Honorable Mention: Echo, as in an Echo of Echoes… is there an echo in here?

Genji Mains Call Themselves: Gang, because apparently Genji mains seem to take themselves much more seriously than other Overwatch players do.

A Horde of Hanzos

Honorable Mention: Scatter, because now that the ability has been patched out of the game, we have to honor its memory somehow.

Honorable Mention: Heap, another common write-in was Spam which was the winner for Junkrat’s TF2 counterpart, Demoman.

Honorable Mention: Wave, let’s be honest… pickings were slim here, but at least this plays off the idea of a sound wave.

A Flurry of Meis

Honorable Mention: Malefaction, because a lineup of Meis is about as evil and terrifying as you can get. See image at top of post.

A Mirage of Mercys

Honorable Mention: Martyrdom, for the suffering Mercy players endure just to have a shot at winning the match.

A Mob of Moiras

Honorable Mention: Miasma, which reflects the visual vomit on your screen whenever a Moira ults, although masquerade and malevolence were also inspired.

Honorable Mention: Formation, who wouldn’t want to watch a team of Pharahs try to do precision air acrobatics like the Blue Angels.

A Wrath of Reapers

Honorable Mention: Ring, which is the arrangement a bunch of edgy Reapers would make to practice the occult.

Honorable Mention: Triumph, just sounds so knightly alongside a crusade of Brigittes.

Honorable Mention: Rasher, imagine all the bacon you could get out of a Roadhog. Mmmm.

A Surge of Sigmas

Honorable Mention: Symposium, a nod to Sigma’s background in space and science, not to mention his obsession with music.

Honorable Mention: Salvo, as in a stream of Soldiers who fire their helix rockets and then immediately sprint away from the danger.

A Syndicate of Sombras

Honorable Mention: Conspiracy, nearly as good as the winning choice.

Symmetra Mains Call Themselves: Spectrum, as in the electromagnetic spectrum of course.

Torbjörn Mains Call Themselves: Troupe, because a bunch of Torbs seem like they’d be boisterous and merry.

A Trail of Tracers

A Web of Widowmakers

A Troop of Winstons

Honorable Mention: Barrel, either a group of raging apes barreling through you, or the chaos of a barrel full of monkeys.

A Rumble of Wrecking Balls

Honorable Mention: Hail, as in a Hail of Hammonds.

Honorable Mention: Surge, it was right there in the ultimate name all along.

Honorable Mention: Zenith, far and away the best write-in. There just aren’t that many words that start with Z.