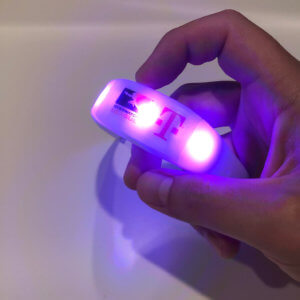 At the Overwatch League Grand Finals in Philadelphia, attendees received white wristbands that blink different colors in sync with each other during the event. When the San Francisco Shock won a round, they flashed orange and white in unison. When the Vancouver Titans — well, nevermind…

These bands, made by PixMob, have been used at various sporting events and concerts, most famously on Taylor Swift’s tours. They’re synchronized using an array of infrared transmitters set up in the arena, each sending signals to a different seating section. 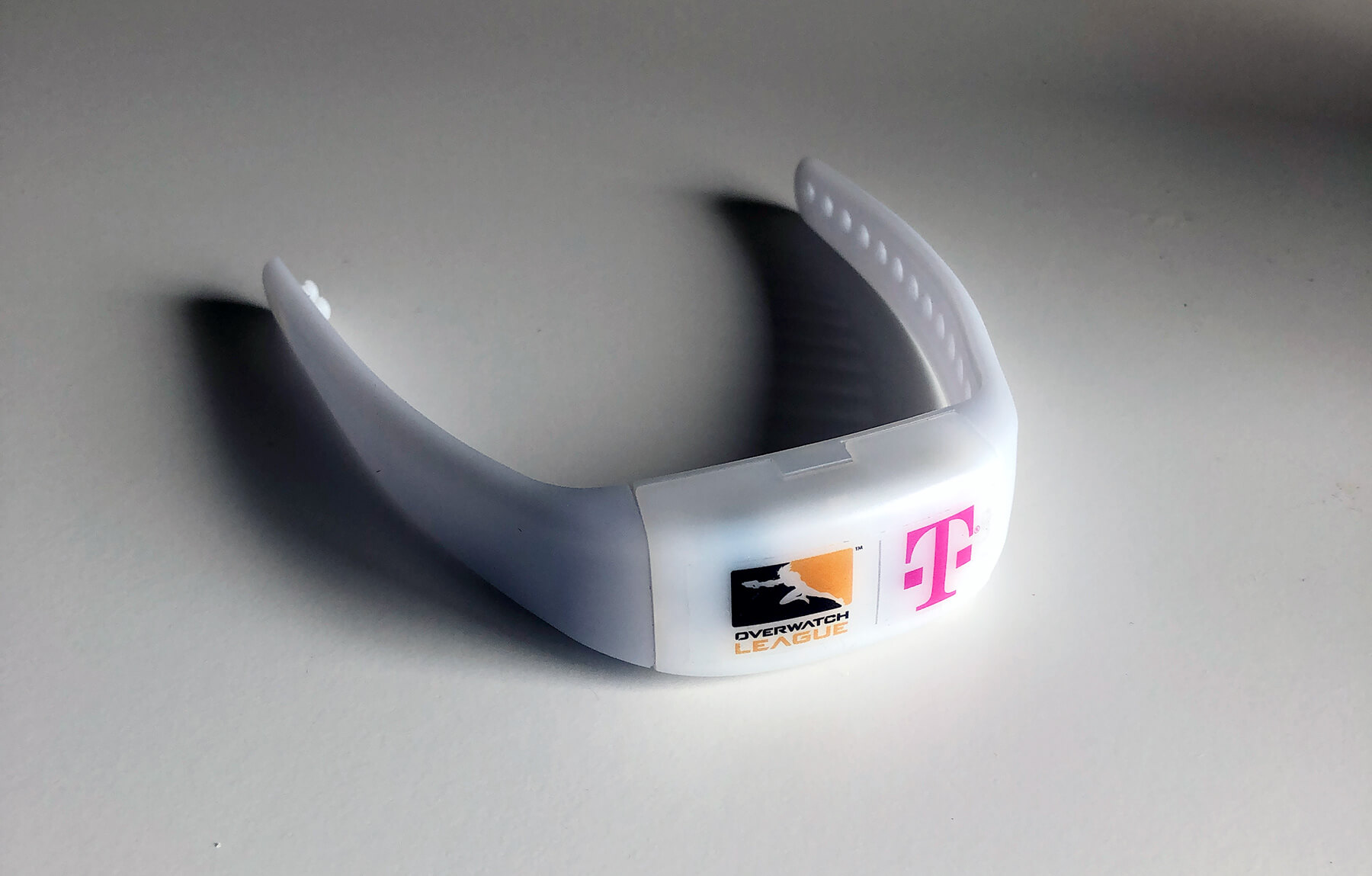 Now you’re home from the event, and you don’t have an IR installation in your living room. But that doesn’t mean you have to throw your PixMob band away.

Instead, you can activate something called Impact Mode. Once it’s set, the band will blink different colors as you tap or shake it. Older PixMob models required some disassembly to achieve this. Fortunately, with the latest model, PixMob have made it easier than ever.

First open up the battery compartment on the back of the band and remove the two coin batteries. 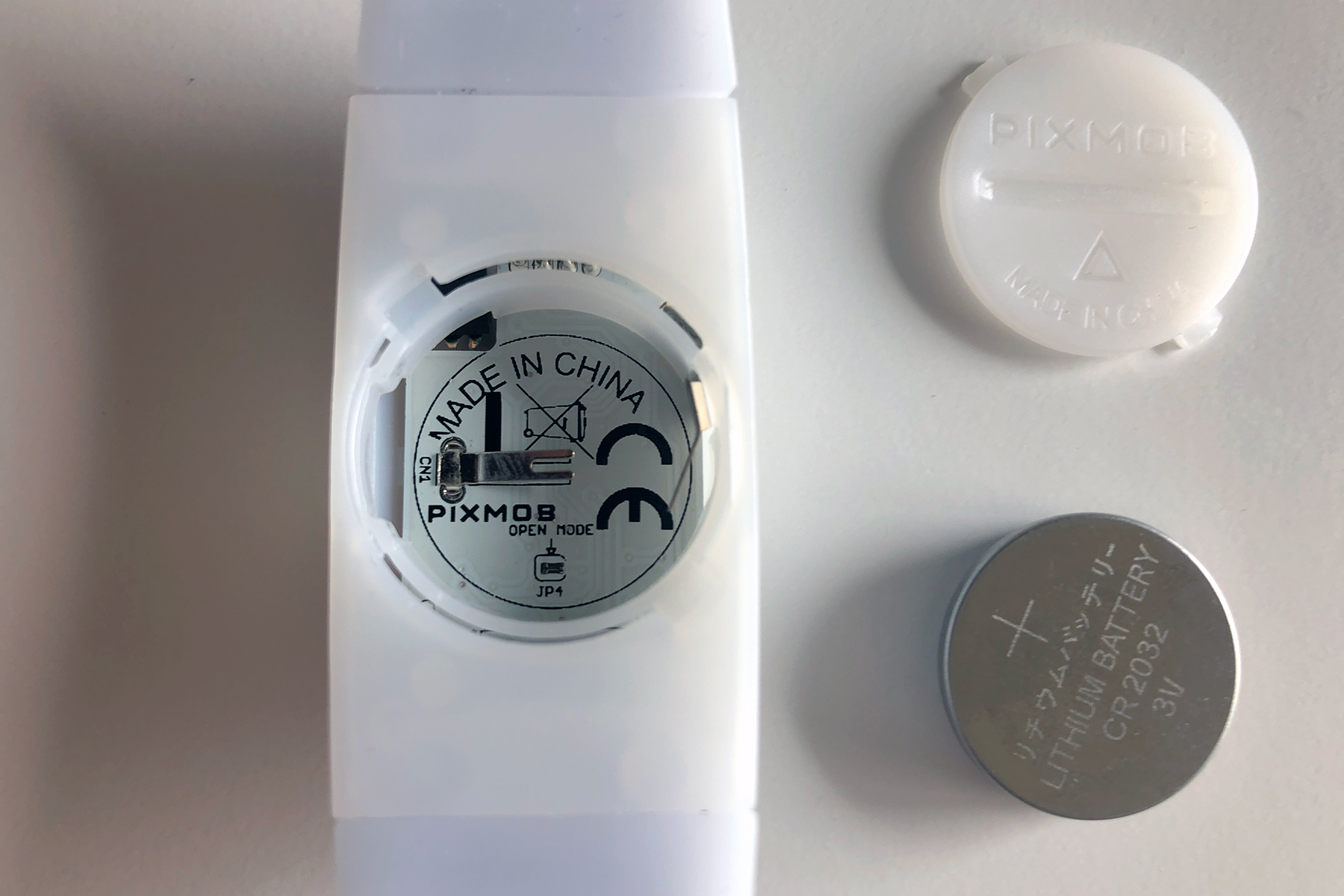 Underneath, you’ll find a circuit board. Locate the contact labeled “OPEN MODE”. Break this contact along the yellow line I drew in the photo below. I scratched mine off using the smallest screwdriver I could find.

Replace your batteries and enjoy your PixMob band back from the dead. Now you have proof that the band can also flash blue and green.