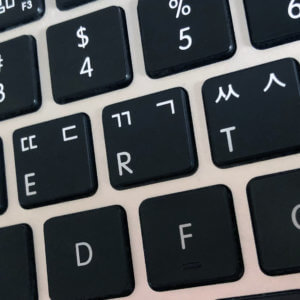 So you want a different language keyboard for your MacBook Pro. And it’s too late to pick that option at checkout.

Apple Support won’t be much help here. They won’t change your keyboard language after it’s been delivered. Even if they wanted to, they don’t carry the right parts for your “vintage model”, so they say.

You still have options.

The cheapest route are decals you apply to your existing keys. But for someone as OCD as me, centering all of those stickers perfectly is a frustrating proposition. And before long, the stickers fade and peel.

You can also go with a silicone skin that you lay over your keyboard. It looks nicer, and as a bonus, keeps Cheeto crumbs out of your keyboard. But as thin as it is, it still affects the feel of your keyboard, giving keys a spongier travel as you type. Also having the cover shift or flop around from time to time is an annoyance.

There are vendors offering replacement keycaps, TheBookyard carrying the most inventory. But at $6 per key, you’ll be dropping serious cash to switch 26 keys. They only carry EU languages too, so I was out of luck in my quest for Korean keys. Chinese and Japanese are also missing. I was surprised to find no sources for these languages anywhere.

The best option I found was to salvage a third-party replacement keyboard part for keycaps. I got mine from eBay here and can vouch that the keys fit my late-2013 MacBook Pro 15 perfectly. 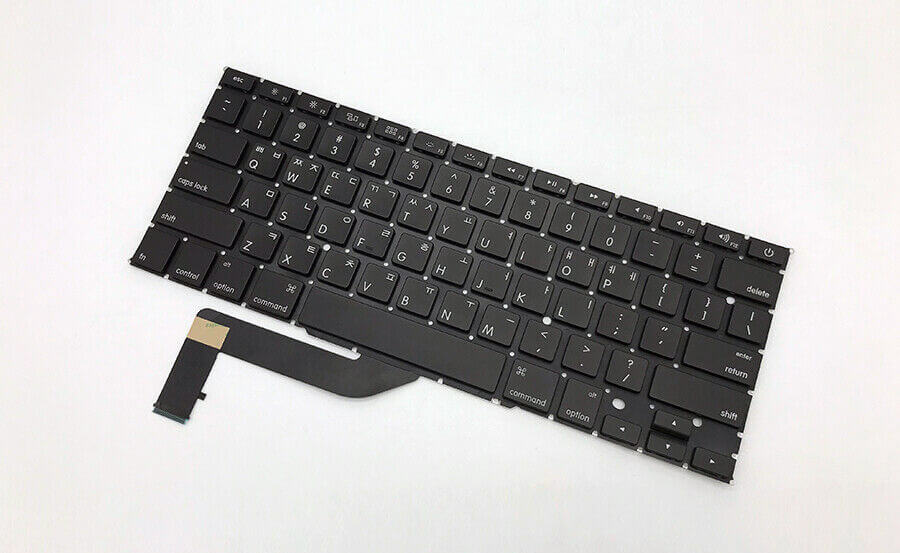 You’ll want to make absolutely sure you get the right key type based on the different hinge mechanisms. For instance, the late-2013 model came in two different types — Type AC06 also referred to as Type J, and AC07 or K. You can determine yours by removing your keys and comparing the hinge with the reference photos here and here.

Be sure to also avoid damage when prying off the old and new keycaps.