With new devices being released at such a rapid pace, it’s hard to keep up. Perhaps the most frenzied of the bunch has been Samsung, who’s adopted a mentality of “let’s release everything and see what sticks”. This really comes out when graphing some of the most popular devices by display size.

As you can see, while most companies have two distinct classes — a smartphone at 3-4″ and a tablet at 10″ — Samsung is offering several ‘tweeners that bridge them. Note though that they still have a gap, which I expect to be filled shortly with a Samsung Galaxy NoteTab 6.5. In all seriousness, it’s surprising that they haven’t targeted that particular size given Amazon’s already found a market there.

One thing’s for sure. It’s going to be interesting to see if any ‘tweener devices eventually gain a foothold, and it looks like Samsung’s in vivo experimentation will be showing us the way. 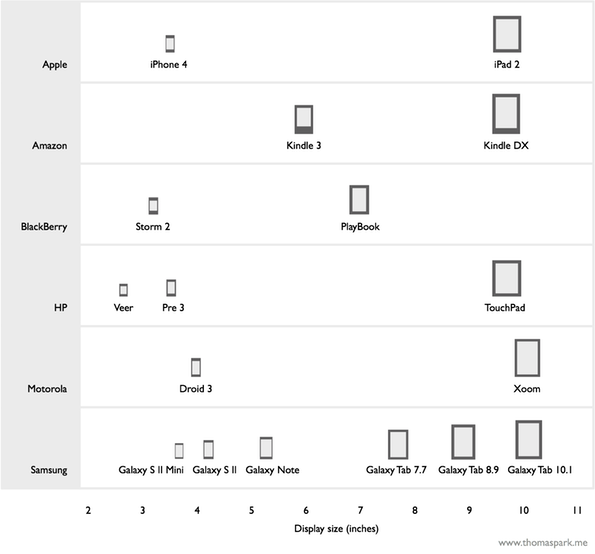