I love me some fantasy baseball. Mainly when I’m near the top. With the regular season winding down and the playoffs set to start, my team sits comfortably in second place (in a league of 12). But this post is only partly to brag about the Mythical Man-Moths.

It’s also to reflect on them. How did my draft selections ultimately turn out? Which players ended up being disappointments, and which were bargains or outright steals? Who ended up contributing most to this season’s success?

A slopegraph is an interesting way of capturing the answers. Below is one I made of my players: their rankings (against all other players) at the end of last season on the left, the draft picks I used to select them at the start of this season in the middle, and their ranks as of this week on the right1. Players released at some point in the season are gray, while those picked up as free agents are green. Click for full size. 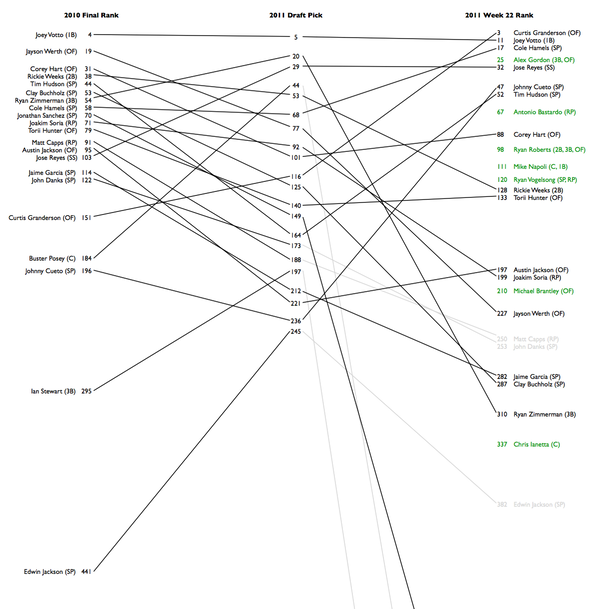