I previously talked about why the current Apple TV is a stopgap for the true Apple TV. With that in mind, I want to discuss my experience with the current model and what it means for an eventual Apple-branded TV. Through the lens of the remote control.

Apple is renowned for its excellent design. But with the Apple TV remote, they’ve made a number of missteps.

Small and unergonomic. Tethered to a short range. Not enough buttons. Sound familiar? The Apple TV remote is the new puck mouse.

The so-called “hockey puck” mouse was included with the original iMac in 1998 and stubbornly thereafter for more two years. With its release came a chorus of complaints. It was too small for comfort, they said as they bought third-party plastic shells. The round shape meant that it was constantly getting turned around and losing orientation. The two-foot cable was too short for most setups. And of course there was that old chestnut about the single button. 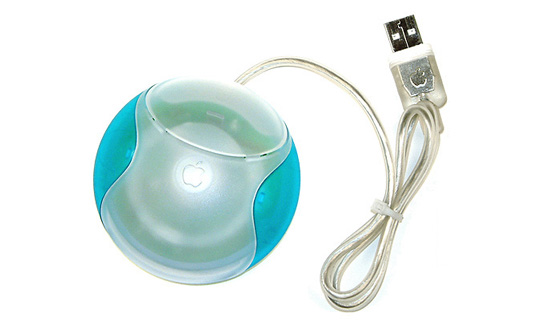 Eventually Apple gave up on the puck mouse, though they still were never able to get the mouse quite right. Last year, they ditched the “faster horses” approach, going in a completely different direction with Magic Trackpad.

If, then, the current Apple TV remote is the puck remote, what would it take for it to become the magic remote?