In the face of rumors that Apple is working on a TV, many remain skeptical that they would get into such a commoditized business. Let me offer some counterpoints. 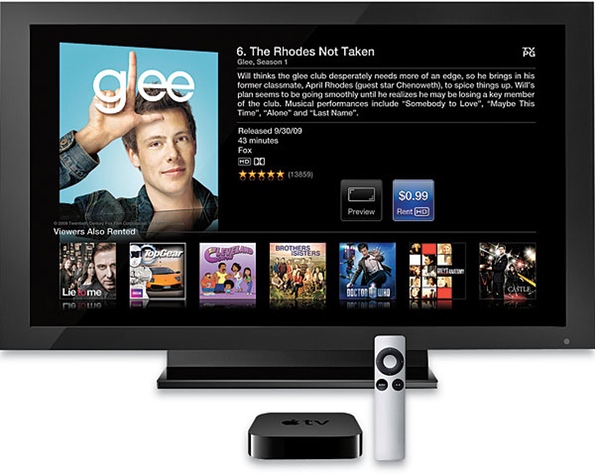 The boundary between computers and TVs is blurring. TVs are becoming increasingly connected and “smart”, while personal computers are becoming a platform for obtaining, viewing, and serving video content. This follows the convergence of mobile phones and computing, and a shakeup of the mobile phone industry since 2008.

While the hardware specs of current TVs are decent, the user interface leaves something to be desired, both in terms of software and hardware. Think of how poor the remote control, built-in Internet “apps”, channel guide, and configuration settings are on most TVs. There is room for improvement in the user experience, and no doubt Apple believes it can do much better.

In markets that Apple does enter, they favor streamlined integration, from the original Macintosh to the current iMac. Not only does this integration lead to simplicity and elegance, but it opens doors to new possibilities, some of which I’ll talk about in a later post. This also includes the aforementioned TV remote, channel guide, and settings. Having a standalone device like the current Apple TV doesn’t fit with this philosophy.

There are still compelling reasons to offer a standalone device: to reach those who’ve already bought an HDTV, and to allow people to upgrade their Apple TVs without tossing out their perfectly good TV sets. As to the second, upgrade concerns will soon become irrelevant. Once cloud-based storage and 1080p resolution are rolled out fully, only software updates will be needed to stay relatively up to date. They are nearly there. As to the first, Apple might offer a standalone device alongside the integrated model.

But only as a reluctant, and perhaps temporary, measure. To Apple, the standalone model is only a step toward their vision of an integrated one, the true Apple TV.