Major versions sure don’t go as far as they used to. Both Google and Mozilla have adopted rapid release schedules for their web browsers, aiming for four or more major releases per year. As a point of reference, it took Microsoft five long years to bump Internet Explorer from version 6 to 7! One per year seems about the norm.

As with economic inflation, more versions means that each version holds less significance. It seems that this is precisely what Google and Mozilla hope to achieve, deemphasizing “What version are you on?” in favor of “Are you up to date?” Silent, automatic updates and hidden version numbers certainly support this notion. Perhaps more people will stay up-to-date, benefiting both security and standards, but we’ll have to wait and see the impact it has on web development.

Mozilla hasn’t always had this approach, but when Firefox and Thunderbird asked me to update to 6.0 today, I had to take pause. “Am I going nuts, or did I just update to 5.0 last month?” It turns out I hadn’t lost it yet.

I went back to compare the release schedules of the major browsers. You can see them plotted by year… 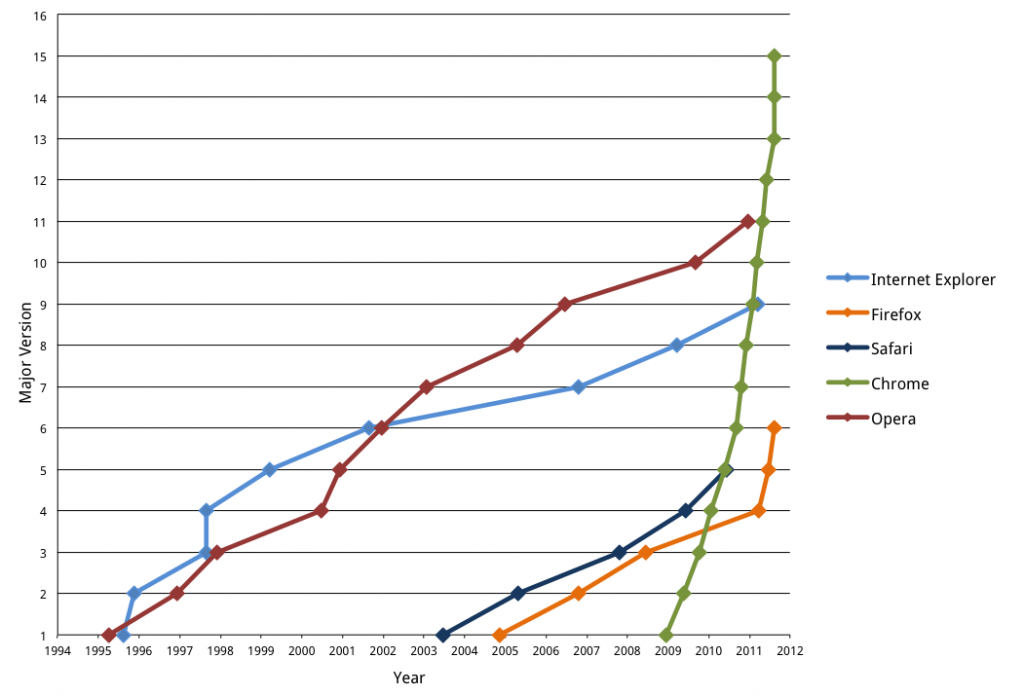 …and by months since initial release. 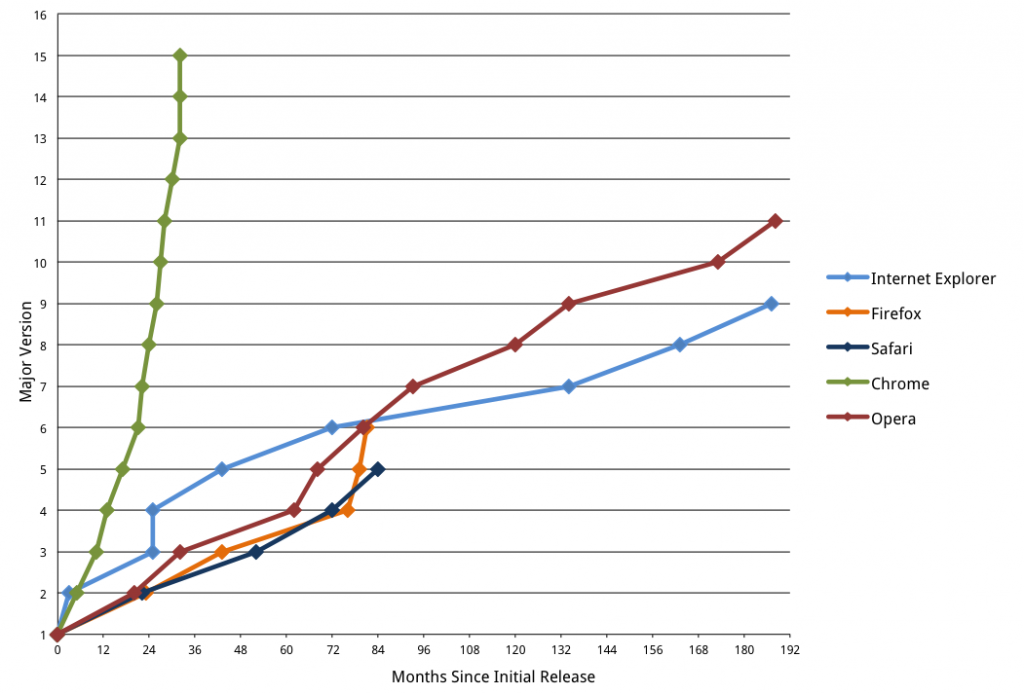 There are clearly two schools of thought, the traditional versus the rapid releases of Chrome and Firefox as of late. Projecting with a simple linear regression (I know), here’s what’s in store for the year 2020.

But with the latest change in policy from Mozilla, and perhaps other organizations following suit, version inflation may be much greater, if they even matter at all.